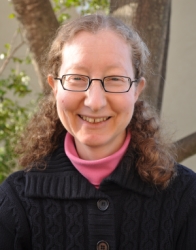 Evelyn Gordon immigrated to Israel in 1987, immediately after obtaining her degree in electrical engineering from Princeton University, and has worked as an Israeli journalist and commentator since 1990. She was a reporter for the Jerusalem Post from 1990-97, covering various economic beats as well as the Supreme Court and the Knesset, and currently works for the English edition of Haaretz. She has also been a contributing editor of the Israeli quarterly Azure and a visiting fellow at the Jewish Institute for National Security Affairs. She blogs regularly for Commentary Magazine’s website and contributes occasional articles to the magazine; she also writes a regular column for the Jerusalem Post’s premium section.

Note: This piece is a response to an essay by Haviv Rettig Gur, which can be found here

Israel’s current political crisis exemplifies the maxim that hard cases make bad law. This case is desperate. Six months after the coronavirus erupted and nine months after the fiscal year began, Israel still lacks both a functioning contact-tracing system and an approved 2020 budget, mainly because Prime Minister Benjamin Netanyahu is more worried about politics than the domestic problems that Israel now confronts. The government’s failure to perform these basic tasks obviously invites the conclusion that civil servants’ far-reaching powers must not only be preserved, but perhaps even increased.

This would be the wrong conclusion. Bureaucrats, especially when they have great power, are vulnerable to the same ills as elected politicians. But unlike politicians, they are completely unaccountable to the public.

That doesn’t mean Haviv Rettig Gur is wrong to deem them indispensable. They provide institutional memory, flesh out elected officials’ policies, and supply information the politicians may not know and options they may not have considered. Yet the current crisis shows in several ways why they neither can nor should substitute for elected politicians.

First, bureaucrats are no less prone to poor judgment than politicians. As evidence, consider Siegal Sadetzki, part of the Netanyahu-led triumvirate that ran Israel’s initial response to the coronavirus. It’s unsurprising that Gur never mentioned Sadetzki even as he lauded the triumvirate’s third member, former Health Ministry Director General Moshe Bar Siman-Tov; she and her fellow Health Ministry staffers are a major reason why Israel still lacks a functional test-and-trace system.

Sadetzki, an epidemiologist, was the ministry’s director of public-health services and the only member of the triumvirate with professional expertise in epidemics (Bar Siman-Tov is an economist). As such, her input was crucial. Yet she adamantly opposed expanding virus testing, even publicly asserting that “Too much testing will increase complacence.” She opposed letting organizations outside the public-health system do lab work for coronavirus tests, even though the system was overwhelmed. She opposed sewage monitoring to track the spread of the virus. And on, and on.

Moreover, even after acknowledging that test-and-trace was necessary, ministry bureaucrats insisted for months that their ministry do the tracing despite its glaringly inadequate manpower. Only in August was the job finally given to the army, which does have the requisite personnel. And the system still isn’t fully operational.